Recently, a grand jury indicted former Mayor Catherine Pugh in federal court on 11 different counts, three of which were tax crimes: one count of conspiracy to defraud the United States and two counts of tax evasion. Within days, she pled guilty to four charges.

At S.H. Block Tax Services, we believe there are valuable lessons for all Marylanders on what not to do with your taxes.

Mixing Business and Personal Money Is a Bad Idea, but not Usually a Crime

The indictment alleges that Ms. Pugh was the sole owner of two businesses, each with their own bank accounts.  Allegedly, Ms. Pugh did not have a personal bank account, and she freely commingled personal and business funds and expenses.

A sole owner of a business commingling business and personal funds is not a crime, but it is a bad idea.

By default, an IRS revenue agent assumes during an audit that every deposit made to the bank account is taxable income, and every expense was not deductible.  It’s the taxpayer’s burden to persuade the revenue agent that certain income was not taxable, and certain expenses were deductible.

When you commingle business and personal money and expenses, the revenue agent will become even more suspicious, and persuading them that things were done correctly becomes that much more difficult.

In the indictment, the prosecution sought criminal forfeiture of basically everything Ms. Pugh owns.  Having commingled business and personal funds and expenses, it’ll be tough for her to prove what, if any, portion of her assets are not the fruits of her alleged crimes and not subject to forfeiture.

The two charges of tax evasion and one charge of conspiracy to defraud the U.S. government all center on variations of lies Ms. Pugh and her co-conspirator allegedly told on their income tax returns. Reportedly, Ms. Pugh lied on her taxes when she falsely claimed some taxable income from her companies were non-taxable loans made to her or non-taxable loan repayments made to her.

The government also claimed that Ms. Pugh lied on her taxes when she claimed payments made by her business to the shell company of her co-conspirator were business expenses.  Her co-conspirator may have lied on his taxes when he fabricated business expenses; the money was, in fact, given to political entities.  The purpose of the alleged conspiracy was to circumvent campaign finance laws and hide the evidence.

Lying on your tax returns is wrong, and it is a crime.  Based on the facts alleged, Ms. Pugh could have also been charged with two counts of perjury.

My sense is that if this originated as an IRS investigation (the IRS was involved in the investigation, but it was almost certainly not the lead agency), and if Ms. Pugh was not the mayor, it would have never been referred for criminal investigation, let alone prosecution.

However, lying on your taxes can have serious consequences, even if it is not pursued as a criminal matter.  The IRS’s civil fraud penalty of 75% plus interest is devastating.  Where there is tax fraud, the IRS has seven years to go after a taxpayer, not the normal three years.

Don’t lie on your taxes, and just because you “paper something up” to be deductible, that doesn’t make it so.

The content provided here is for informational purposes only and should not be construed as legal advice on any subject. 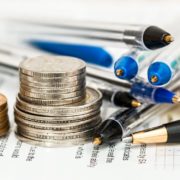 Tax Evasion Vs. Tax Avoidance: The Difference and Why It Matters